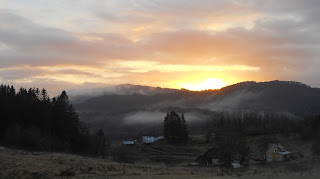 The 250th Anniversary Finale concert of the Bergen Philharmonic will soon be here! This is scheduled for December 10th and 11th, with a performance of Arnold Schönberg’s magnificent composition, Gurrelieder, conducted by Edward Gardner.

On a personal note, it was an incredible experience to perform Gurrelieder two years ago in Berlin as part of the Norwegian professional choir with the Berlin Philharmonic, conducted by Simon Rattle. And now, it is a relief to find my voice has finally returned (after weeks of pneumonia), in time for the start of rehearsals for this Gurrelieder performance in Bergen.

The Grieg Research School course is also in just a few days here in Bergen, and features some great keynote speakers, including Pam Burnard, Gary Ansdell and Nanette Nielsen. I will be a Respondent to a presentation there by Oded Ben-Horin.

Beyond Norway, I am currently planning another visit to Beijing to continue work with Jiaxing Xie on development of the Open Global Music Academy project, which seeks to enhance international collaboration across higher education music programs. In the spring will be a presentation in Paris with Jon McCollum for the International Council for Traditional Music, and a visit to Copenhagen for teaching at the Rhythmic Music Conservatory (with Lars Brinck), as well as research collaborations with Kristoffer Jensen (computational musicologist), Li Xin (Director of Confucius Music Institute, Royal Danish Academy of Music), and Margaret Mehl (East Asian studies specialist, University of Copenhagen).

Wikipedia currently has a rather detailed article on Gurre-Lieder. This masterpiece will be a great final performance for 2015. Edvard Grieg would surely have been proud to see that Bergen continues to be a musically significant city.

Posted by Sociomusicology at 4:35 AM No comments: 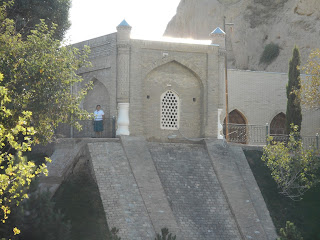 This week I was very surprised to learn that I have been nominated for the “Hall of Fame Award” from the organization Pacific University Friends of Music. I believe this is my first time ever to receive an award of this kind, so it was quite unexpected. Candidates for this award should have “an exemplary career either in music education, performance or both,” as well as “10 years of teaching music or 10 years as a professional musician,” and “demonstrate significant contributions to the field of music.” I will mention that even for people who are consistently diligent and dedicated to their profession, it can often feel uncertain whether one’s efforts are even noticed, and in some careers the financial benefits and signs of appreciation tend to be less than others. Particularly in highly-competitive fields, where scarce resources can lead to rivalries, cliquishness and exclusionary practices, it often becomes difficult to objectively assess the current state of the field and one’s own role within it.

It is rather unusual to receive this kind of recognition, and a positive “wake-up call” regarding the greater good that can be found in all kinds of circumstances. I acknowledge that awards only rarely seem to go to the most deserving candidate, but at least in this case it is clear that the recipient did not know anyone on the committee and did not even know the award existed. Therefore, I am particularly grateful to the Friends of Music organization for its sincere interest in recognizing musicians, and for acknowledging my own years of work in the field of music and music education. Hopefully I will manage to stay healthy and productive, and accomplish much more over the next 30 years as well, producing increasingly original music and musical insights to share with others.

News of this award comes as I finally recover from a few weeks of frustrating illness and try to get caught up on all of my work: so many emails to answer, as well as teaching and publications to prepare. From now on, as a preventative measure I am determined to get both pneumonia shots and flue shots every year. I am trying to schedule an ideal time to travel to the US to receive this Hall of Fame award in beautiful Oregon state.

Pictured above is a photo I took of the tomb of the Prophet Daniel, because my very first attempt at “scholarly” work was around age 9 as a grade school student: A description and interpretation of the Book of Daniel, which is full of mysterious visions, prophesies, and complex power relations that have been inspirational to generations of readers from Jewish, Christian, Muslim, and secular traditions. A few months ago I visited what is believed to be Daniel’s tomb, in Samarkand, Uzbekistan. Many doubts have been raised about Daniel, and in certain ways his enduring image seems symbolic of many of the abstract quests that artists pursue, which are deeply meaningful despite an inability to fully explain their power in words.

Posted by Sociomusicology at 2:21 AM No comments: