Click HERE for a link to a preview of this book, as published in the journal Ethnomusicology Review.

This book will offer a detailed description of new developments in global music historiography, including techniques applicable to historical research across an array of music specializations: ethnomusicology, historical musicology, jazz studies, popular music studies, early music performance practice, and music education history.
The book will present a unique perspective, informed by recent technological developments as well as interdisciplinary application of new theories from such fields as philosophy of history and historical sociology.

Theory and Method in Historical Ethnomusicology seems especially relevant now in light of the fact that the various subfields of musicology recently appear to be exploring possibilities for attaining stronger mutual communication through a more unified approach, and in this regard it is telling that the Society for Ethnomusicology, American Musicological Society, and Society for Music Theory offered a large joint conference in New Orleans in November of 2012, during which we planned additional details of this forthcoming book. Development of the book is coordinated through the Society for Ethnomusicology (SEM)'s Historical Ethnomusicology special interest group, for which I have recently served as Chair. The SIG is now chaired by Ann Lucas, and Jonathan McCollum is Chair-Elect.

UPDATE 1 (March 30, 2013): Some chapters are fully completed while others are still being edited and revised. In particular, we are very pleased with the introductory chapter, while Jon McCollum has also written a unique and interesting chapter on the history of Armenian neumes, and Chris Goertzen's chapter on southern fiddling is quite insightful. Our co-authored chapter on methodology is also well under way, and I am still making some adjustments and additions to material for my chapter on recent theoretical developments. Some contributors have asked for more time, but we are confident this book will be ready by the end of 2013, while it is possible actual printing may be delayed until early 2014. Proposals for other books will soon be moving forward.


UPDATE 2 (August 25, 2013): We are very pleased that Keith Howard (Professor, SOAS, University of London) has agreed to write the Foreword to this book. It looks possible that we may also include a new contribution from South Africa.

UPDATE 3 (April 26, 2014): We are now doing the final edits, and will send the complete manuscript to the publisher on Monday, April 28, 2014. In addition to the material mentioned above, the book includes both a chapter and a foreword by Keith Howard as well as a chapter by Diane Thram. 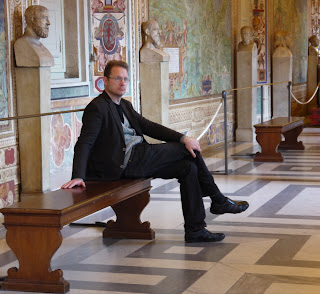 Posted by Sociomusicology at 8:23 AM