A Time to Write

To every thing there is a season, and a time to every purpose under the heaven.

It is definitely a time to write (at least for me). Editors and presses are waiting, so for the next several months I will mostly be offline, focused entirely on writing everyday so I can finally fulfill my obligations before moving to the next step in life.

I am thrilled to have accepted a permanent job as full Professor in Norway, and eagerly look forward to moving there to begin work in the summer of 2011.

My writings appear in the following publications:

3. Visions of Research in Music Education

5. Research and Issues in Music Education (article and rejoinder)

7. International Journal of Education and the Arts (review 1 / review 2)

8. International Review of the Aesthetics and Sociology of Music

10. Journal of Research in Music Education

14. Journal of the Indian Musicological Society (reprinted in book)

Posted by Sociomusicology at 1:15 PM No comments:

Cultural Translation and Music in Japan I eagerly look forward to participating as an invited speaker for the interdisciplinary symposium “Cultural Translations: Research on Japanese Literature in Northern Europe” on the 25th and 26th of February 2011, at the International Research Center for Japanese Studies (国際日本文化研究センター), a division of the National Institutes for the Humanities, in Kyoto, Japan.

This symposium is organized by Dr. Nanyan Guo (郭南燕), a prolific writer and Professor of Japanese and Chinese literature, and extends further on a very successful related symposium offered by Professor Noriko Thunman at University of Gothenburg, Sweden in August of 2010.

Eventually, more details will be posted on the Nichibunken website, linked below:

Here is a link to my paper from this conference:
Cultural Translation: Research on Japanese Literature in Northern Europe (2011 symposium proceedings).

According to renowned American economist and Nobel prizewinner Joseph Stiglitz, recent nondemocratic actions by the American government in response to the global economic crisis clearly indicate that “Market fundamentalism is dead.” Nevertheless, such a demise is hardly worth mourning, and indeed this may be an appropriate time to more carefully consider what can be learned from the economic models of other nations that enjoy a much higher quality of life, superior education, and increasing prosperity (regardless of whether the conditions of America’s wealthiest 5% are included in such comparisons). Nowadays, with repeated rejections of any new taxation - often due to understandable voter frustration regarding government corruption - many state governments in the USA are becoming bankrupt and increasingly incapable of effectively supporting arts programs, public schools and higher education. Meanwhile, international-comparative tests continue to demonstrate that assessable student knowledge in the USA has plummeted to academic levels inferior to most industrialized nations, jeopardizing the intellect of future generations, all while unnecessary wars are projected to cost 3 trillion dollars as well as an incalculable price in terms of damaged international relations. Rampant market fundamentalism has ensured that financial services, insurance providers, and military contractors attain unprecedented profits from exploitation of the most ignorant and vulnerable people, while media corporations (like Fox Broadcasting) offer "news" formats that promote distracting myths attuned to the agenda of corporate sponsors and serve to perpetuate market fundamentalist ideology, causing widespread frustration only to be combined with misinformation regarding the true source of these problems. Moreover, those who dare expose the truth are branded "unpatriotic liberals" or even "terrorists".

Even Alan Greenspan, former chairman of the Federal Reserve (and a clarinetist), was eventually forced to admit that free market ideology is fundamentally flawed. Still, this ideology continues to be promoted by poorly educated politicians and entertainers such as Sarah Palin and Glenn Beck, who enjoy remarkable popularity in the United States.


These are very complicated times in the United States, and it will be especially interesting to see over time how the challenges of this ethos are reflected in the music of such a turbulent era. Will the Britney Spears model survive, or will there be more interest in musical and lyrical substance? What effects will recent economic shifts have on the production, marketing, and distribution of music recordings? What forms of music will survive in American public schools? As market fundamentalism dies, we must envision what can arise from its corporate ashes, how this will affect other nations in the world and America's role among them, and whether - despite the pervasive meddling of anonymous campaign financiers - a transparent and egalitarian democracy might manage to prevail over exploitative globalization and predatory free market capitalism. With the demise of market fundamentalism, the feeble foundations of utilitarian educational policies are increasingly exposed, which surely leads to wider recognition that new approaches are needed, engendering new possibilities for the musical future of the United States. 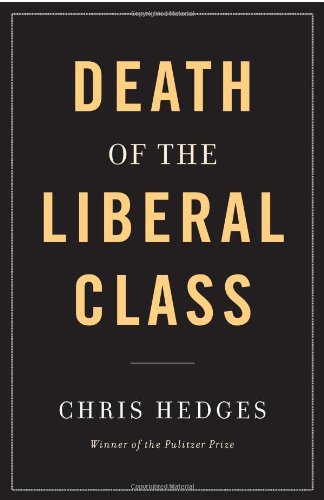 Posted by Sociomusicology at 12:56 PM No comments:

Historical ethnomusicology is a field of study concerned with the history of music in diverse sociocultural contexts around the world.

Posted by Sociomusicology at 7:51 PM No comments:

For decades, “Don’t Ask Don’t Tell” and preceding policies have reportedly been a difficult challenge for many American musicians serving in military bands and studying music in military academies. While there has often been a gap between official policies and actual practices, these anti-gay policies have surely promoted bullying and discouraged some highly talented wind and percussion musicians from studying and teaching in military academies across a period of many years. Now military policies will be modified according to changing views regarding sexuality, social justice, and human rights.

Today the American government voted to repeal the "Don't Ask Don't Tell" policy, one consequence being that military musicians will no longer be automatically discharged simply due to their sexual orientation.

The article linked below offers details on this story:

Posted by Sociomusicology at 3:50 PM No comments:

The NAMM Foundation (National Association of Music Merchants) has recently announced its WannaPlay grants opportunity, which provides musical instruments for community and school ensembles in the USA that are in need of additional instruments.

In order to qualify for these grants, ensemble supporting organizations must meet the following criteria (quoted from the NAMM website):

Posted by Sociomusicology at 6:58 AM No comments: