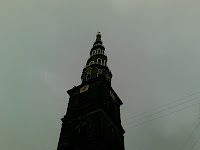 2009 is ending, and it was quite an interesting year. I spent much of it working as a Professor of Music at a very innovative graduate institution, the Sibelius Academy in . I also had a summer research residency in (National Institutes for the Humanities-Nichibunken, ), and traveled briefly for various music lectures and other professional activities in ten countries, mostly in .

A major highlight of the year was the opportunity to mentor five outstanding students to completion of their doctoral degrees: Ari Poutiainen (jazz studies), Arnold Chiwalala (folk music), and Tapani Heikinheimo (music education) at the Sibelius Academy in Europe, as well as both Nancy Rosenberg (music education) and Robert Allen (music education) at Boston University in the USA, where I continued some earlier work by serving as an adjunct Master Lecturer.

Another highlight of the year was contributing to the finalization of plans for the new Master of Global Music (GLOMAS) program in Northern Europe, and its official launch at the Womex festival in . This innovative degree will soon be offered in collaboration between institutions in , , and , and promises to increase musical interactions between Europe, Africa, and the .

It was very enjoyable to attend the Society for Ethnomusicology international conference in , where I was elected chair of its Historical Ethnomusicology special interest group. I expect this group to accomplish some great things over the next few years. I have also been participating in the Nordic Network for Integration of Music Informatics, Performance and Aesthetics (NNIMIPA), and have been appointed to the editorial board of its Journal of Music and Meaning, and asked to coordinate this group’s collectively authored research statement for publication.

It was also quite interesting to participate in the Orally Transmitted Music and Intercultural Education, symposium offered by EU Culture Initiative Music, Orality, Roots, Europe (MORE) at Cité de la Musique, , , and I look forward to more of its activities in the near future, including a conference to be hosted by .

On a more personal note, a major highlight of 2009 for me was my grandparents’ fiftieth wedding anniversary, in in late December.

This year I must focus on publishing two books that have been delayed for much too long: Wind Bands and Cultural Identity in Japanese Schools: An Ethnography and Social History, and Patriotism and Nationalism in Music Education. I will also publish two more book chapters, in Sociology and Music Education (now in press), and the Oxford Handbook of Music Education (first draft now in review).

The new GLOMAS program will admit its first cohort of graduate students, and I am committed to seeing this program carefully planned and successfully implemented. I am currently chairing the curriculum development committee for this degree at Sibelius Academy, and coordinating the admissions review process between this institution and partner institutions in Sweden and Denmark. Additionally, I expect to see at least three more doctoral students complete their degrees this academic year.

There are several interesting new developments with the Historical Ethnomusicology group, and both the NNIMIPA and MORE projects in . I am also looking forward to singing bass for the Finnish choir Kampin Laulu's tour of Hungary, and to participating in the NORDTRAD folk music conference in Latvia.

[I took the above photo of an impressive church tower in Copenhagen in early 2009, when I was a visiting lecturer at the Rhythmic Music Conservatory.]

Posted by Sociomusicology at 3:29 PM No comments: 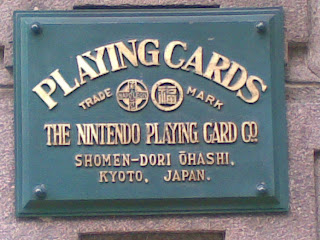 According to a Dec. 21 2009 article in the Tech Herald (entitled 2009 is last hurrah for ailing music-rhythm videogames, by Stevie Smith), “music-based videogames pulled in $1.4 billion USD in revenue during the course of 2008, but will be lucky to have amassed $700 million USD by the time 2009 draws to a close.”

Here is a link to the article:

This recent development seems to offer some new opportunities to rethink the educational possibilities of music video games. Major video game manufacturers have yet to develop a game that is fully endorsed by leading music education researchers for effectively facilitating enjoyable music learning. Surely, in time, video games will be produced in collaboration with educational experts that will lead to desirable learning outcomes and become widely used across educational systems, but to envision this will require unprecedented forms of collaboration between higher education and industry, which are sectors that have often failed to nurture mutual respect due to differing values. In fact, much may be gained from such collaborations, if developed with care.

[I took the above photo in Kyoto at the original headquarters of Nintendo, an innovative company that has evolved from production of playing cards to video games]

Posted by Sociomusicology at 6:58 AM No comments:

Tonight is the final Joulu performance of chamber choir Kampin Laulu. The festive concert is 7pm at Kellokosken Kirkko, in the greater Helsinki area.

A variety of choral pieces will be performed, ranging from traditional English madrigals to Finnish Christmas carols.

I sing the lowest bass parts with the choir.

Here is a link to the Kampin Laulu website:

Posted by Sociomusicology at 3:28 AM No comments:

Here is the abstract:

The sensations of a dry mouth, perspiration, knot in one’s stomach, lump in one’s throat, or that tingling feeling referred to as the “butterflies,” are phenomena generally referred to as symptoms of “performance anxiety.” The purpose of this study was to compare the levels of anxiety that students experience according to whether their public performance consists of a free improvisation or a repertory piece. This was based on the assumption that a free improvisation instructional strategy might aid in reducing levels of performance anxiety among school aged piano students, and should therefore be systematically evaluated for its potential to offer improvements to music education.

This study had two objectives: 1) examine the relationship of students’ levels of anxiety to free improvisation and repertory pieces during a performance, and 2) examine the effectiveness of free improvisation as a treatment for the reduction of performance anxiety. This research used the following instruments for data collection: 1) Spielberger’s State–Trait Anxiety Inventory for Children, 2) Musical Anxiety Report Scale (designed by the researcher), 3) Subject Interviews, 4) Parent Questionnaire, and 5) Performance Video. Thirty-six elementary, middle school and high school students from a private music teaching studio were selected from a list of potential subjects available to the researcher. Participants were selected based on age (7-18 years) and years of training (1-3), as well as to comprise a gender balance of 50% boys and 50% girls. They were then randomly assigned to three equal-sized groups, with 12 subjects per group. Subjects within the treatment 3 group(s) developed a free improvisation during weekly individual sessions, administered and observed by the researcher over a period of six weeks.

Sample criteria required that all subjects who participated in the study 1) play the piano, 2) claim to have experienced music performance anxiety, and 3) have not received any previous psychological or pharmacological treatment for their music performance anxiety. Each participant was taught applications of scale, harmony, and rhythm elements from which to construct their free improvisations. Results from this study validated free improvisation as a treatment for significantly reducing anxiety during the public performance of a musical work.

It was a pleasure to serve as supervisory professor for this doctoral dissertation. The study also greatly benefited from insightful comments by committee members Andrew Goodrich and Diana Dansereau (of Boston University).

Posted by Sociomusicology at 10:12 AM No comments: Since yesterday, I have been at the MORE symposium on Orally Transmitted Music and Intercultural Education at Cité de la musique, in Paris:

Funded by the EU Culture Programme, The MORE (Music-Orality-Roots-Europe) Project “seeks to encourage innovative initiatives in the field of music education based on the intercultural potential of the range of traditional musics active in ”.

This is a very interesting project, that is raising stimulating proposals for the improvement of music education in .

The next MORE symposium will be offered in Helsinki at the Sibelius Academy in late 2010.

Posted by Sociomusicology at 10:16 AM No comments: