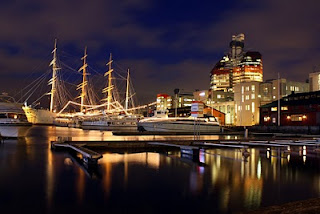 At the end of August 2010, I participate as an invited speaker for the international Cultural Translation seminar in Sweden at University of Gothenburg, organized by Prof. Noriko Thunman. Below is the abstract of my presentation for this event:

International Perspectives on the Cultural Translation of Musical Meanings

For several generations, musicologists have written about similarities between music and language, and reflected on ways that analytical approaches from the field of linguistics may be effectively applied to music. Linguists, however, have generally taken less of an interest in musicological paradigms. Unsurprisingly, a similar trend may be seen in the emerging field of cultural translation, for which it already appears that linguistic discussion may be dominant relative to paradigms associated with research on other forms of cultural discourse (such as music, theatre, dance, visual art, fashion, etc.). What of consequence to intercultural understanding might inevitably be missed by theorization that arises almost exclusively from examination of a single form of discourse as a basis for cultural analysis? Translators routinely grapple with complex meanings embedded in nonlinguistic forms of communication that defy conventional modes of translation, and consequently a holistic and trans-disciplinary theoretical orientation is seemingly desirable to many proponents of cultural translation. Moreover, like language, music certainly qualifies as one of the “fields in which ideological horizons of homogeneity have been conceptualized” (Buden & Nowotny, 2009, p. 206), and postcolonialist scholars such as Homi Bhabha (1994) and Paul Gilroy (1993) have acknowledged its critical role as an emblem of identity within the very sites of cultural hybridity that are of most interest to scholars of cultural translation. According to the positions advanced in many of its seminal documents (Bassnett, 2002; Gentzler, 2001; Sakai, 1997; Toury, 1995), it would appear that analysis of intercultural musical practices – and the ways in which they are explained – merits a place in the field cultural translation. Specifically, systems of music transmission and pedagogy seem to represent especially fertile areas for research on educational issues in cultural translation (Mehl, 2009). Through reflection on experiences with various cross-cultural research projects in music (Hebert, 2010, 2009a, 2009b, 2008a, 2008b; Hebert & Karlsen, 2010; Heimonen & Hebert, 2010), this paper explores various ways that analyses of musical meanings might potentially contribute to the development of robust theories to advance the field of cultural translation.

Mehl, M. (2009). Cultural translation in two directions: The Suzuki Method in Japan and Germany. Research and Issues in Music Education, 7.

Here is a link to my paper from a 2011 conference that extended on the above 2010 conference:
Cultural Translation: Research on Japanese Literature in Northern Europe (2011 symposium proceedings). 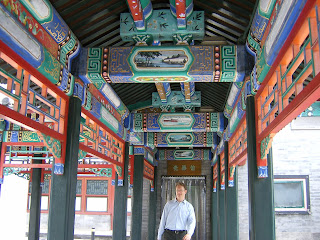 The 2010 world conference of the International Society for Music Education (ISME) will be held in Beijing in a few weeks. I am already on my way there - going early to Japan and China - and making final preparations for some conference presentations. Below are the abstracts for two of my presentations, the second of which is an international symposium I will be chairing. I have been asked to participate in two more presentations as well, but it is not yet clear how some scheduling conflicts will be resolved. It will be exciting to learn of new developments in the field from across the world, particularly China which is experiencing so much growth in recent years.

Paper Presentation: On the Musical Instrument Industry and Music Education in Japan

Abstract:
Much has been written in recent decades about the need for music education historians to expand their scope of inquiry to include consideration of the sociocultural, economic and political contexts of music teaching and learning. In many nations, the music industry has largely shaped the emphases of both school and community-based music education, yet its influence has only rarely been considered in historical accounts. Taking a social historical approach, this paper examines the rise of the musical instrument industry in Japan during the early twentieth century, as well as its ongoing relationship to music education that extends to the present day. Japanese music companies with a global impact will be discussed, including Yamaha, Kawai, Korg and Roland. Positions espoused by notable Japanese music industry leaders regarding music education and cultural policy will also be considered in relation to music education practices in and outside of Japan. The paper will conclude with some suggestions for how relationships between music industry and music education practices can be meaningfully examined through coordinated and innovative approaches to historiography.


Symposium: International Perspectives on the Teaching of Keyboard Improvisation

Abstract:
Keyboards are ubiquitous in music education, as the most popular instrument used in music teaching worldwide. Many different music genres feature improvisation, yet techniques for effective teaching of basic keyboard improvisation are often little understood by music teachers and only rarely bolstered by research findings. This international symposium addresses this challenge by offering demonstrations from Germany, Finland, and the United States that effectively integrate research and practice in the field of keyboard improvisation. Brief description of the current state of theory and research findings related to keyboard improvisation pedagogy will be followed by discussion of common challenges faced by keyboard teachers who seek to integrate improvisational activities into their instruction. The presenters will offer practical solutions and effective approaches to meeting the instructional needs of beginning keyboard improvisers.
Posted by Sociomusicology at 12:05 AM 1 comment: 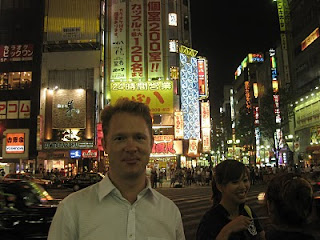 I recently learned that my paper on theory and method in historical ethnomusicology has been accepted for the upcoming meeting of the international organization Society for Ethnomusicology, which will be held at UCLA in November, 2010. Below is the abstract for that paper:

The above paper extends further on ideas developed in a paper entitled "Whither Hypermusicology: Ethical and Epistemological Issues in Historical Ethnomusicology" that I gave in March 2010 at another international conference in Finland: Musicology in the 3rd Millennium. The abstracts for that conference can be obtained HERE.

At the conference in UCLA, I will also be leading a meeting of the society's Historical Ethnomusicology special interest group.