Research in New Zealand Performing Arts has announced a new call for papers.

This is one of the only peer-reviewed scholarly journals in that publishes music research. Although the journal examines performing arts generally, nearly half of its articles have been music-related. I serve on its editorial board.

Here is a link to a website that offers the complete announcement, as well as the previous two issues of the journal:

Posted by Sociomusicology at 8:07 PM No comments:


The National Center for Educational Statistics (U.S. Department of Education, Institute for Education Sciences) has just released its report “The Nation’s Report Card” National Assessment of Educational Progress, Arts 2008. It has been a decade since its last assessment of the state of arts education in American schools. While this report contains some interesting findings, it seems important to keep in mind that in the past such reports have tended to generate controversy due to both their content/methodology and the ways in which they are misinterpreted for various political purposes.

Here is a link to an announcement of the report:

Here is a link to its results:

According to the executive summary of this report, its most significant finding is the following:

Although the results for music and visual arts are reported separately and cannot be compared, some general patterns in differences between student groups were similar in the two disciplines.

Posted by Sociomusicology at 5:26 PM No comments:

Michael Jackson, one of the most popular music performers of all time, died yesterday. Upon hearing the name Michael Jackson, all kinds of images run through one’s mind, although it is quite difficult to separate fact from fiction. Many people long to become famous, but perhaps we should all be thankful to have never attained the kind of fame that tortured Michael’s personality and led to such a complicated and unhappy life. Michael became a kind of living icon, symbolic of so many different issues, including the role of shock and empathy in the construction of mass-mediated stardom. It is impossible to imagine what it would have been like to be him, and difficult to know whether he will be remembered more for the hints of artistry on stage or the tragic symptoms of unbalanced stardom in his personal life. It seems there is much to learn from a careful study of Michael Jackson's life, yet it may take many years to attain an accurate and balanced understanding of who he really was, and the impact he had on American society and popular culture in much of the rest of the world.

Posted by Sociomusicology at 8:17 PM No comments:

Ali Akbar Khan (April 14, 1922 – June 18, 2009), the great Indian musician has passed away. He was important not only as a prolific performer, but also as a leading pedagogue in the sharing of Indian traditional music among non-Indian students. He was founder of the Ali Akbar College of Music, near San Francisco, California. More information regarding Ali Akbar Khan may be obtained from the following websites, and some videos are linked further below.

Posted by Sociomusicology at 7:04 PM No comments:

Desperation in the Recording Industry

In the during the past year, for the first time in generations, more income was generated from live performances than from sales of music recordings. This development is rather shocking for many in the field of music, and would have been very difficult to imagine a mere decade ago. Times have certainly changed for the global music recording industry, which seems to have recently entered an era of desperation due to the rapid popularization of new technologies. The following news story from the USA illustrates an extreme example of the present situation:

According to this report from last week, “a jury awarded the four major labels $1.92 million in damages after unanimously finding that a 32-year-old mother had willfully infringed on their copyrights by downloading and sharing 24 songs on the Kazaa peer-to-peer network.” The article describes the defendant in this case as “Jammie Thomas-Rasset, a 32-year-old , mother of four who testified during the retrial that her ex-boyfriend or sons, then 8 and 10, were most likely responsible for downloading and distributing the songs.”

According to a report on the same story that appeared in the New York Times (http://www.nytimes.com/2009/06/20/arts/music/20arts-192MILLIONFI_BRF.html), “a lawyer for the Recording Industry Association of America, which filed the suit, said that she “infringed my clients’ copyrights and that she then tried to cover it up.”

This case raises many interesting issues in terms of music ownership, legal philosophy and social justice. Suppose instead of merely sharing a few songs, these children (or their mother, or her ex-boyfriend) planted some seeds from patented genetically engineered lemons bought from a local supermarket, raised a new tree, and then sold around $24 of lemonade produced from its lemons on the nearby street corner, according to American custom. Or, suppose they merely performed these songs on that street corner upon a stage constructed of wood from the tree derived from patented seeds, or on wooden flutes they carved from the tree branches, without explicitly crediting the tree’s corporate developer or paying the music industry for performance rights to the songs. Or, suppose the true origins of the patented lemon could be traced to a group of indigenous peoples in the Southern hemisphere who had cultivated citrus trees for generations, and from whom the original parent tree had been stolen, and from which a relatively insignificant genetically engineered modification was patented by a corporation in the Northern hemisphere. Suppose the precise mineral content of the water on which the lemon tree was raised had been patented by the local reservoir, and the mother and children had unknowingly violated its terms by failing to offer a royalty payment to the civic engineers for commercial use of the water. The notion of intellectual property certainly can be (and has been) taken too far at times, and it seems that proportionality should be a guideline when it comes to meting out punishments for these kinds of cases.

The act of sharing a few songs does not seem to constitute such a grave criminal offense, and no matter how much one might try to make lemonade out of these lemons, a $1.92 million fine seems excessive in this case. But perhaps not to music industry executives. One cannot help but wonder, are there any musicians living today in modern industrialized societies who have not at some point shared music with others in a way that the industry would now like us to regard as unconscionable and illegal? Does this incriminate us all?

Music educators should bear in mind the possibility of becoming the next target of this kind of lawsuit. Fair use for educational purposes is a principle that may be lost if educators are not vigilant in defending its continued relevance in the contemporary world. But for now, hopefully we can enjoy our lemonade as we freely share what we still can of music with our students.

Here is a link to a recommended article by Charles R. Nesson on related issues:

Posted by Sociomusicology at 8:53 PM No comments: 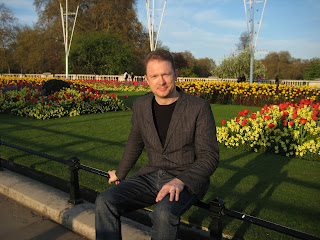 The first week of June has ended, and the days are becoming incredibly long in the Nordic region while the academic year is finally drawing to a close. Today, one of the doctoral students who I have worked with in Helsinki this year Ari Poutiainen was awarded his doctoral degree at Sibelius Academy for successfully defending a dissertation entitled Stringprovisation: A Fingering Strategy for Jazz Violin Improvisation. The dissertation is now published on the Acta Musicologica Fennica Series, as volume 28 (Finnish Musicological Society, ISSN 0587-2448). According to the external reviewer, Norwegian violinist Dr. Stig Roar Wigestrand, there appears to have never before been such a thorough study on the topic of jazz violin technique. I think this dissertation also effectively demonstrates the possibilities of artistic research as a methodological approach in the field of music.

For the rest of this summer I will be advising Arnold Chiwalala and Tapani Heikinheimo as they also make the final revisions to their doctoral dissertations in order to graduate from in September 2009, and I anticipate some of my doctoral students from Boston University finishing shortly as well.

I am leaving soon to give lectures in and , followed by a summer-long research residency at Nichibunken in . The trip to the UK is sponsored by a grant from the QUB Internationalization Fund, acquired and coordinated by Suzel Ana Reily at Queen's University, Belfast. Above is a photograph taken by my sister Christina the last time I was in the . On that trip, I presented a paper at the Research in Music Education (RIME) conference in Exeter, with the kind support of the Martta Sihvola Foundation. After that conference we very briefly visited , which contains many iconic reminders of the complicated legacy of colonialism, but the palace gardens were quite impressive, which is where this photo was taken. I am eager to visit the again, and look forward to talking with several very interesting music scholars there, including Suzel Ana Reily, Trevor Herbert, and Lucy Green.

Posted by Sociomusicology at 11:49 AM No comments:

It is exciting to have the opportunity this summer to be a Visiting Research Scholar at Nichibunken, the International Research Center for Japanese Studies, in Kyoto, Japan. Nichibunken is a division of Japan’s National Institutes for the Humanities, and is a uniquely important resource for foreign researchers who specialize in studies of Japanese culture. The image linked here (which I found on the internet) is from the Nichibunken library, a state-of-the art facility that offers large collections and databases as well as access to content from rare historical documents. At Nichibunken, I will be broadening the scope of my research on wind music in Japan to include study of conductors, the musical instrument industry, government policies, and noteworthy ensembles. I think this research will have implications for musicians, educators, and scholars in other nations because in recent generations Japan has become globally influential in many areas of music. I look forward to interacting with the outstanding scholars at Nichibunken, and to publishing the findings from this new research.

Here is a link to my Research Agenda, which indicates recent and forthcoming publications, as well as some current/ongoing projects.

Posted by Sociomusicology at 5:04 PM No comments: