During the summer of 2009, I will be using my vacation time from to conduct research in Japan as a Visiting Research Scholar in affiliation with Professor Shuhei Hosokawa at Nichibunken: the for Japanese Studies.

I am excited about this important opportunity, since Nichibunken is one of ’s prestigious National Institutes for the Humanities and Professor Hosokawa is a highly respected Japanese musicologist who shares my interests in sociomusicology, popular music, wind bands, and music technology.

I anticipate that Nichibunken will be an unusually stimulating environment and look forward to returning to Finland with new findings regarding both historical and current musical practices in Japan. I hope to also help forge some new relationships for Sibelius Academy with both educational institutions and music industry in Japan.

The following link provides further information regarding Japan's National Institutes for the Humanities:

Click HERE to view my current homepage at Sibelius Academy.

Posted by Sociomusicology at 8:31 AM No comments:

The educational system of surely has many strengths, but it is difficult to know what to make of some of the astonishing reports about Finnish schools that have been appearing in the international mass media in recent months.

Some reports seem to be based upon a questionable combination of second hand information with test scores and outdated financial figures, and some others merely regurgitate what has already been said in previous news articles. Still, it seems clear that something remarkable is happening in Finnish education. The typical Finn's language skills and knowledge of science, humanities and the arts is very impressive. There is a great emphasis on creativity here, and there seem to be relatively few social problems due to egalitarian public systems, although rates of alcoholism and suicide may be slightly higher than other nations. Rigorous, comparative research is needed so convincing findings can be attained regarding the successes of this national system. The following articles provide some background on this topic:

One author in the has suggested that much can be learned from Finnish schools, including how problems in American schools might best be solved:
http://www.federalwaynews.net/articles/2008/06/25/interact/columnists/column01.txt

Here is an interesting blog post by Finnish researcher Teemu Leinonen on the topic of comparisons between schools in the and :
http://flosse.dicole.org/?item=comparing-schools-in-finland-and-in-the-united-states

I intend to conduct some thorough research into this question while living in , and will certainly share my findings in future publications.

Below are some links to various articles on music education in :

Overview of Music Education in
http://www.artistshousemusic.org/videos/overview+of+music+education+in+finland

As a Seattle native and former school music teacher, such developments were particularly surprising. Many do not realize this, but Seattle is increasingly regarded nowadays as an important center for innovations in jazz education and popular music pedagogy. In each of the recent Essentially Ellington festivals, Seattle high school bands have attained the highest honors. Garfield High School has produced many important jazz and rock musicians, including Quincy Jones, Jimi Hendrix, Ernestine Anderson, as well as rock drummer Dan Peters (from Screaming Trees, Nirvana and Mudhoney). Nearby, Roosevelt High School has also produced many notable musicians, including Mike McCready (rock guitarist with Pearl Jam), Duff McKagan (rock bassist with Guns N’ Roses and Iggy Pop) and various others. Another important contributor to the local jazz scene has been Washington Middle School, which for many years has had one of the finest middle school level jazz programs in the world.

In the middle school music program that I taught in Seattle several years back, the students benefited greatly from a residency of Jovino Santos Neto, funded by Earshot Jazz. I was also able to attain grant funding from the Simpson Center for the Humanities to bring local artists from many different traditions into the school music program: an Irish fiddler, blues songwriter, Thai and Ghanaian musicians, and various others.

Hopefully the International Association for Jazz Education will be replaced by another organization soon, and I have a feeling that the solution might come from Seattle. Meanwhile jazz education and popular music pedagogy are fully in a groove with many exciting new developments in Europe and Australasia.
Posted by Sociomusicology at 1:53 PM 3 comments: Here is a photograph I took last night in of the statues at Trocadero, with the in the background. There were also many Japanese tourists taking photos at this same location. I am on my way to present research on Japanese wind bands at the IGEB conference in . Using a phenomenological approach, I will discuss various perspectives on conducting the works of Japanese wind composers, as well as the Saito Method of conducting. Below is the abstract of my paper:

Increasingly, myriad statistics lend support to the claim that has become an important center for Western art music in recent years, an ironic assertion considering its obvious geographic and cultural distance from . The field of wind music is particularly illustrative regarding this point, since Japan is among the world’s largest markets for wind band sheet music and sound recordings, and is home to the largest wind instrument manufacturer, the largest band competition, and even professional wind bands that resemble major symphony orchestras in terms of subscription ticket sales, world premiere performances and recorded releases. Many notable wind compositions for professional-level and amateur ensembles have been produced by Japanese composers, most of which have yet to attain attention outside . Using analytical and phenomenological perspectives, this study describes the experience of conducting two Japanese works for amateur wind bands: Tetsunosuke Kushida’s Asuka and Hiroshi Hoshina’s Fu-Mon. The author has interviewed both composers in , and recently conducted these pieces in 2008 with the All-State Honor Band at the annual festival of Connecticut Independent Schools. This study grapples with the notion of wind conductor as “agent” in the cultural mediation of hybrid genres, and includes discussion of implications for how wind music from other non-western nations might be approached in a manner that arguably ensures “authenticity” and cultural sensitivity. 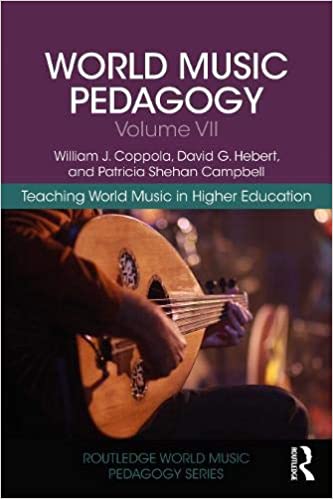